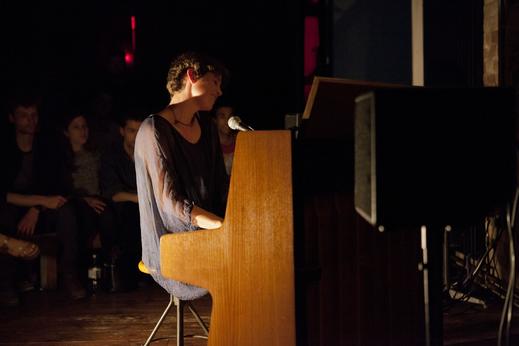 “I just think she’s one of the best musicians I ever worked with, she has that rare pairing of technique and emotion. She just has a very honest quality about anything she plays or sings and I think that comes across.”    Bill Wells, National Jazz Trio of Scotland

Aby's debut album, Spin Cycle was released in October 2018, you can listen to some tracks and purchase the albumhere.

See a video of 'This Precious Time' from the album here.

"Aby Vulliamy is one of Yorkshire's best kept secrets...the assuredness and ingenuity of Spin Cycle...Her voice is fragile but she turns this into a strength, investing the songs in a defiant, introspective melancholy. For fans of Moondog, Robert Wyatt, and life in general." 5 stars out of 5 A. Neilson, Record Collector Sept 2018

"Aby Vulliamy shows all his stubborn sonic ability in a handful of songs. Compositions of rare beauty. Scents of hidden treasures, these pieces show themselves a little at a time. Do not be in a hurry with these notes. Everything must be taken with due calm. An apparent and exaggerated calm. Folk evolved for the year 2018 materializes as if by magic, and awakens the sleeping world. So good." Libero